A slow start to seeding 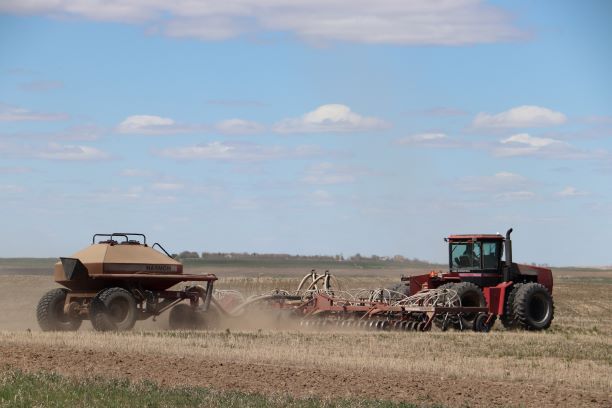 With the warmer weather farmers in the southwest and west central areas have made some good progress, while producers in other areas are
still waiting for fields to dry up.

Extension Specialist Matt Struthers says provincially 14 per cent of the crop is now in, which is still behind the five year average of 23 per cent.

Cropland topsoil moisture conditions have started to improve in a number of areas with the recent precipitation.

Rainfall amounts varied across the province from 49 mm at Pelly, to 46 mm at Bienfait, 26 mm at Shaunavon, 24 at Melfort and 1.5 mm at Consul.

Struthers says the drier areas of the province will need to see decent moisture to help with crop development.

Producers in the drier areas are being reminded to be cautious about the potential for grass fires with hot or sparking equipment.

Some producers are even talking about having to haul water if things don't improve.

Meantime, in the southeast the recent moisture has helped fill dugouts and is helping with pasture growth.

With feed supplies getting tighter producers are hoping to move livestock back out to pasture soon.