As we celebrate our 100th anniversary at 800 CHAB - Moose Jaw, we've been urging local area listeners to share their memories and the feedback has been wonderful.

We've received e-mails and phone calls from dozens of people and we'll do our best to share it all throughout 2022.

Donalda's late husband, Harvey Biden, spent most of his working life at Father & Son Apparel in downtown Moose Jaw, first working for the late Jack Frieden and then as the owner/operator of the store from 1986 through 2005 when he passed away.

Donalda and her son, Gord, continued at the store until their closing out sale in 2008.

Donalda didn't throw anything out, choosing to save what she could after they closed the store for good and we're so happy she saved these patches.

These were the CHAB logos back in the mid to late 60s when a local television station was a part of the operation. The folks at CHAB ordered these patches through Father & Son and several had them sewn onto jackets and coats of their choice - everybody except "Al".

Donalda told us she doesn't remember "Al" from CHAB but she still had two of his patches waiting for him when Father &Son closed in 2008!  (See Al's patch at the bottom of this page)

You can share your special memories of 800 CHAB by emailing:  chab@discovermoosejaw.com 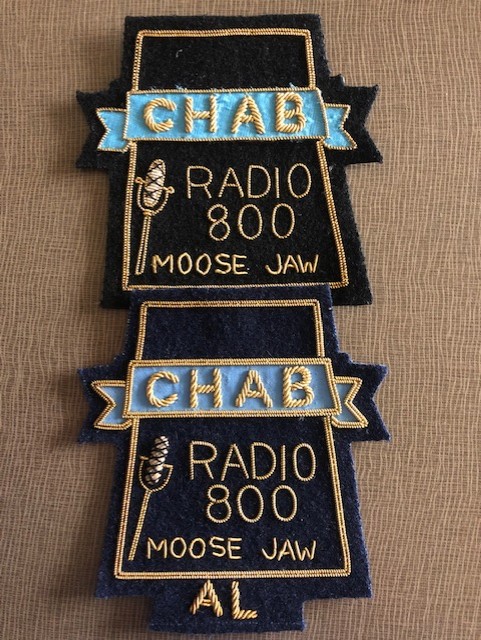