The Salvation Army (TSA) kicked off its biggest fundraiser of the year at the Moose Jaw Co-op Food Store on Monday.

Lieutenant Lester Ward is the Pastor of TSA Moose Jaw and Director of Community and Family Services for the downtown location.

“Over the next four to five weeks, we look with anticipation of what we can do through the Salvation Army, [by] giving back and meeting the needs of people here in the city, but also the outskirts of the city as well.”

The Salvation Army is providing a total of 2,000 kettles to businesses and communities across the country, with eight kettles spread across Moose Jaw; an increase from last year’s seven.

Safeway, Co-op, Walmart, Superstore, Sobeys Liquor, Liquor Board Store-506, the Town 'n' Country Mall, and the Salvation Army Thrift Store, will all have kettles for anyone wishing to donate.

This year, the Salvation Army and many supporters, hope to raise $65,000 for the less fortunate.

“We can’t do what we do here in this city without the people behind us,” added Ward. “It’s not about the Salvation Army, it’s about what we can do within the community and help people who are going to have an even more challenging time during Christmas, let alone the challenges that occur throughout the course of the year.”

Since many people make transactions with their cards, or even phones, cash is not always on-hand. TSA kettles offer a ‘tap’ option this year, so anyone coming through the kettle locations can make a donation. The tap options are $5, $10, or $20.

The Moose Jaw Co-op made the first business donation of $1,000 to get the program rolling.

“The Salvation Army, Lieutenant Ward, and his team are doing good work all throughout the year,” explained Michaela Turner, the Marketing and Community Relations Manager for Moose Jaw Co-op. “We know the need is greater than ever again this year... so it’s important that we support. Moose Jaw Co-op is very proud to be a partner for [TSA]… Christmas is about giving, and we are very happy to be able to host.”

“[The Moose Jaw Police Service] take 2-hour shifts, each of us, and we just rotate through as many officers as we can so everybody can get an opportunity,” says Deputy Chief of the Moose Jaw Police Service, Rick Johns. “We are part of the community just like everybody else. Regardless of whether I’m in uniform, or out of uniform, I would want to volunteer. It’s part of the responsibility as a citizen of Moose Jaw.”

To volunteer for the Salvation Army Kettle Campaign, click here. 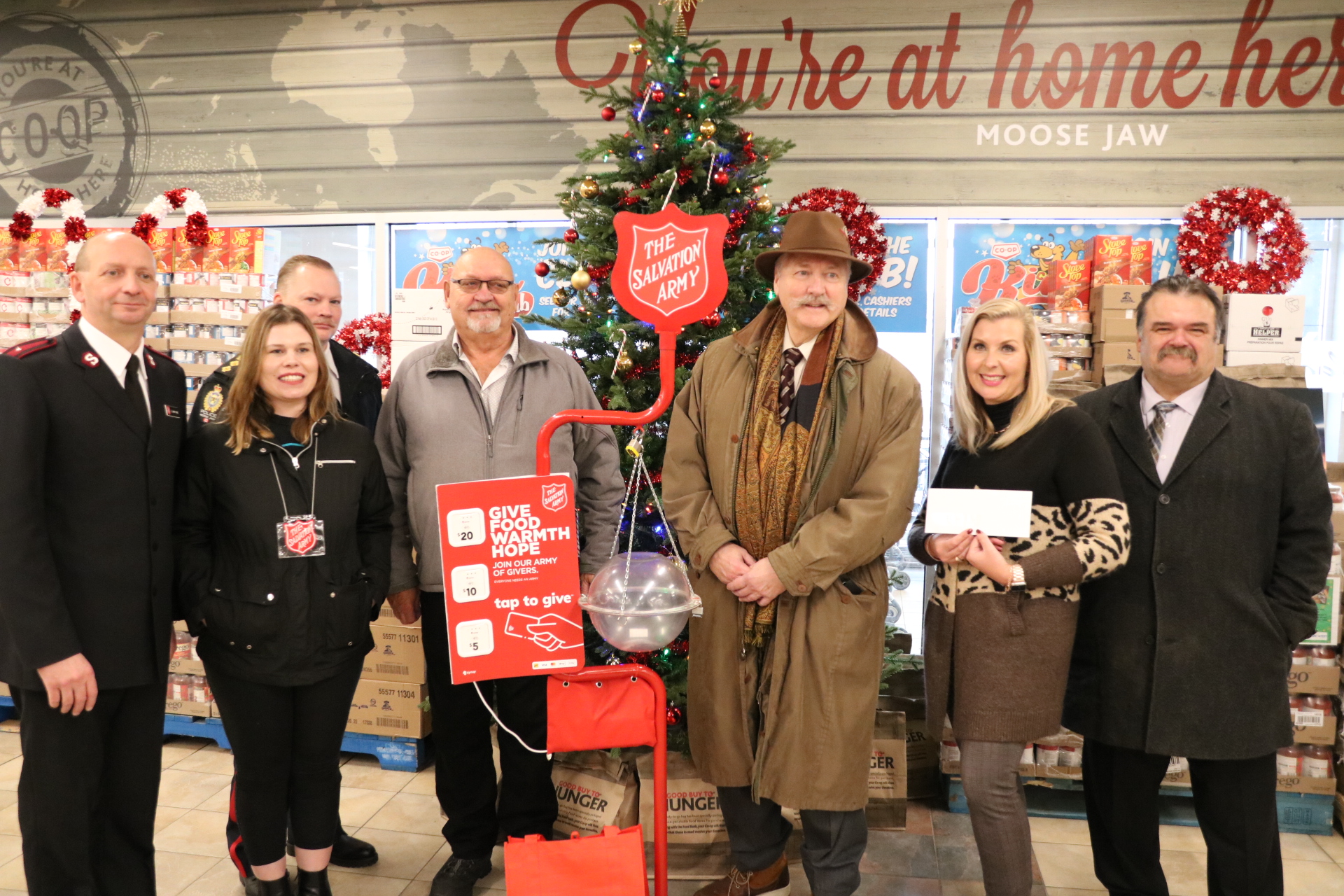 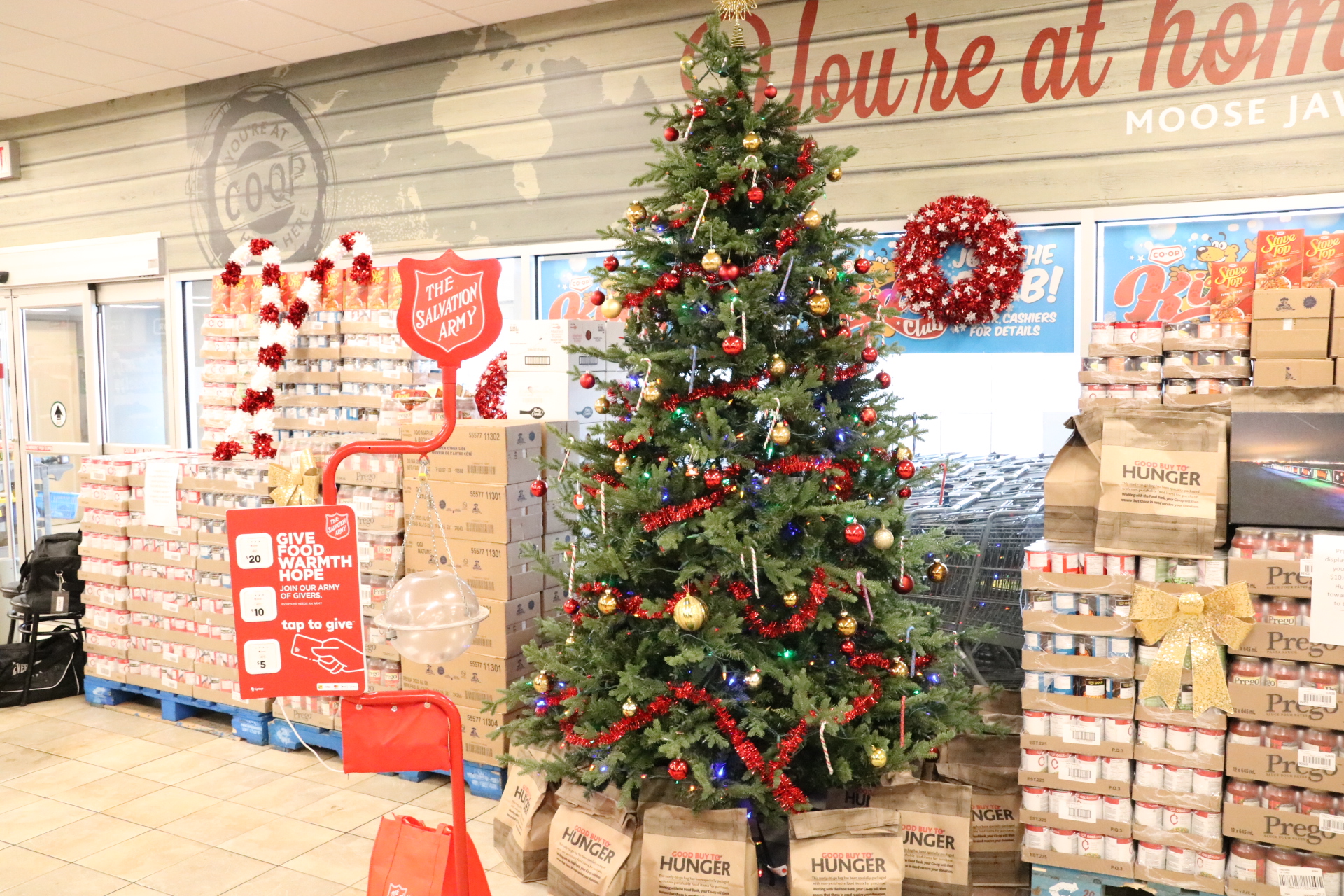