What are ice pillars and how are they formed?

If you looked up at the sky on Tuesday night you may have seen a picturesque scene of colourful streaks of light.

While it wasn’t the Northern Lights, it was a phenomenon known as ice pillars. But what are ice pillars and how do they form?

“Everybody knows sun dogs. They're really common,” Moodie explained. “This a similar kind of phenomenon, but it's just caused by lights in the city.”

She also explained how common it is to see ice pillars.

“Well, it's relatively common, but I think sometimes they're just much more pronounced, and that's why people will really notice them, and they definitely can make some really beautiful photos,” she said.

Below is a gallery of some of the ice pillars that appeared over Moose Jaw Tuesday night. 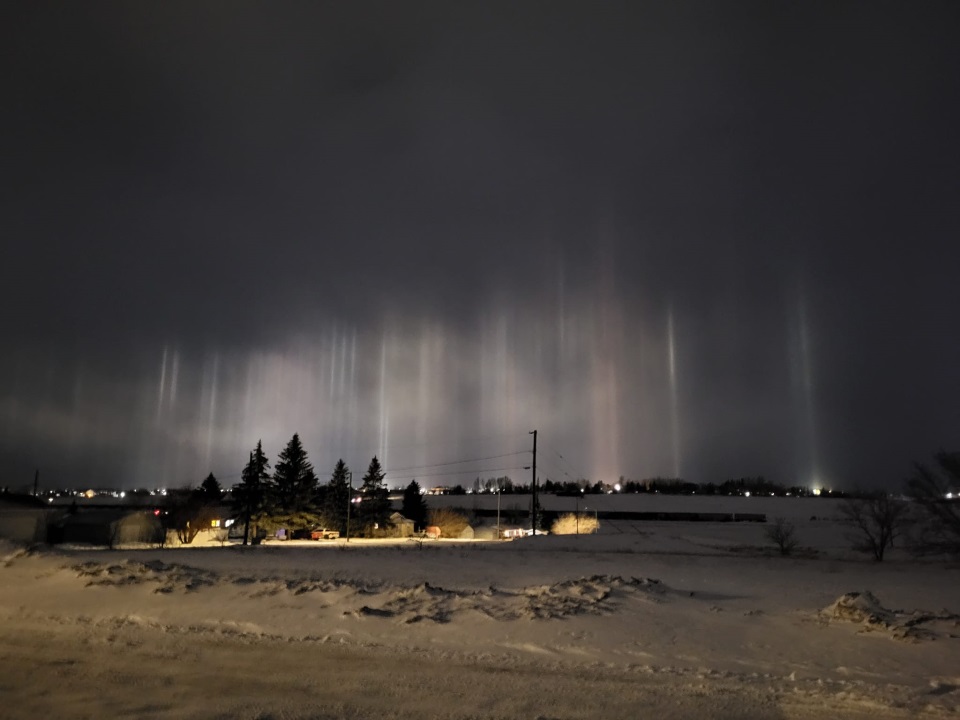 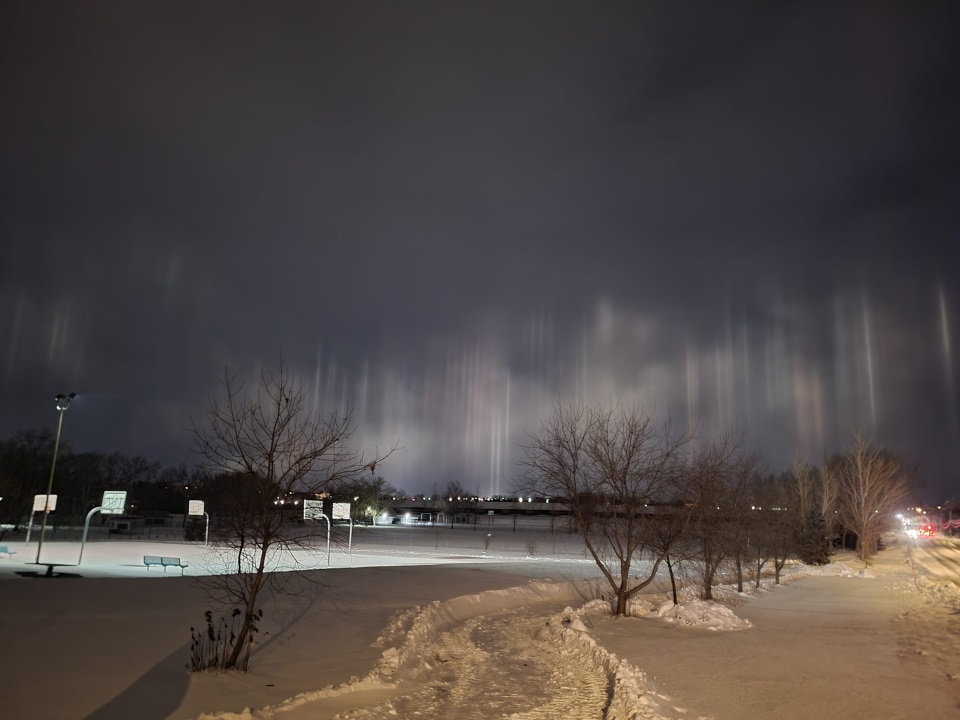 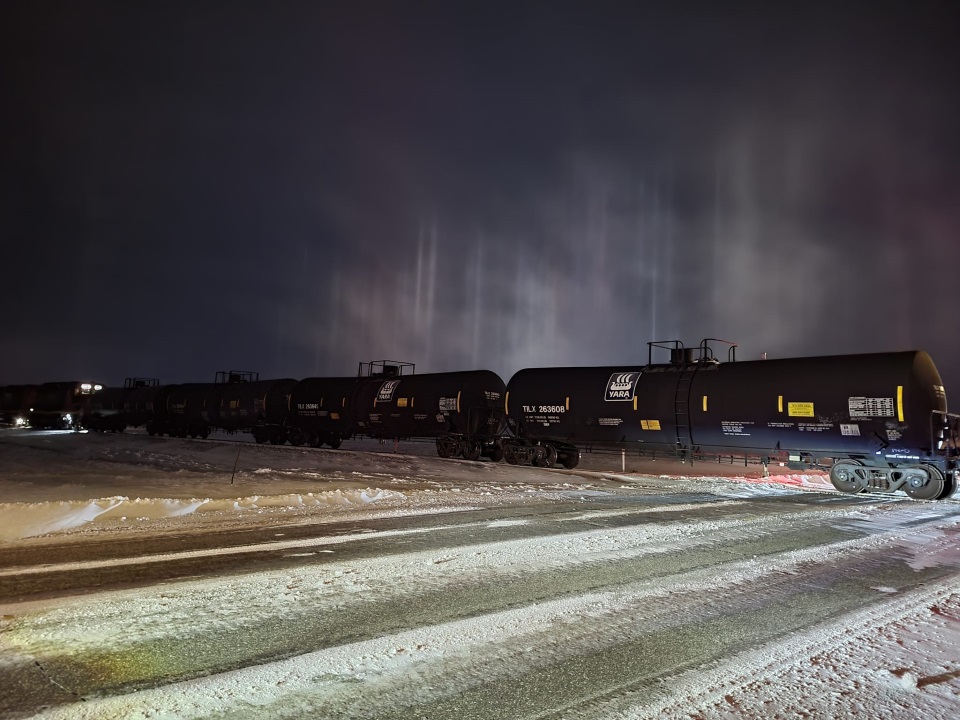 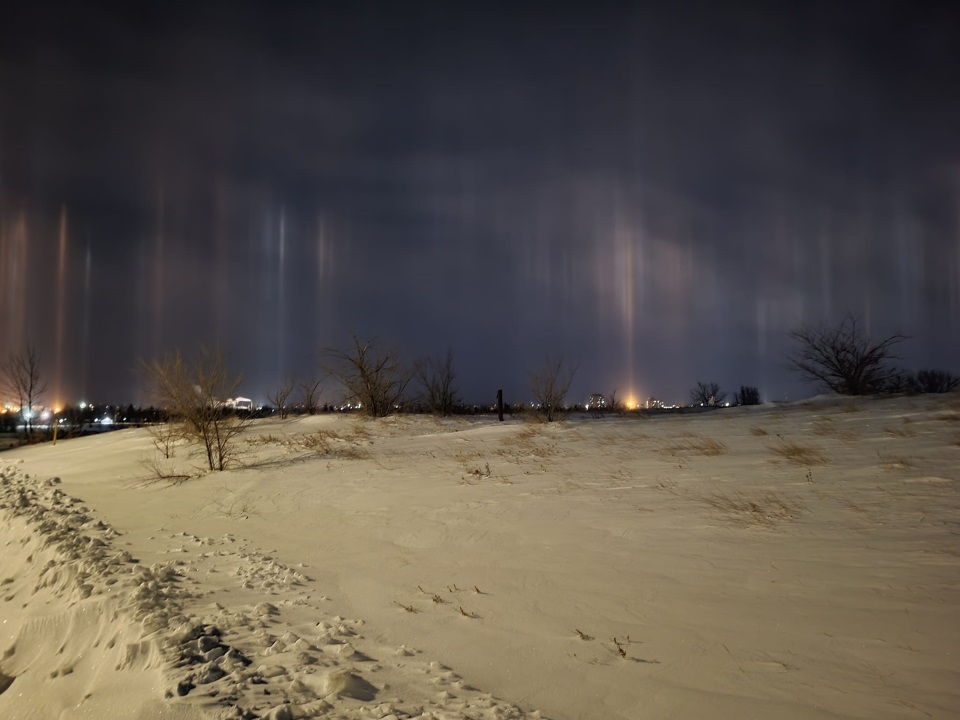