Moose Jaw residents driving south down Main Street may notice the artistic masterpiece on the north side of The Mad Greek restaurant downtown.

Well, you’re not seeing things, Mad Greek owner John Iatridis partnered with local artist Carly Jaye to paint a mural in tribute to his family and their journey in Moose Jaw.

When speaking with Iatridis following the completion of the mural, he says he and his family were touched by Jaye's work.

“I can't even explain to you what I think of it," says Iatridis. "Carly Jaye blew me away and I went to her with an idea and as soon as I saw it, I wanted to grab her and hug her. She’s so talented and just a great person. She did such a great job.”

The mural will take you back in time from Iatridis’s parent's wedding photo that was recreated, a group picture of all his dad and uncles and the Ambassador Café that his family started back in 1963, which eventually evolved into Rodos Pizza and The Mad Greek, and much more.

Artist Carly Jaye spoke about what this mural means to her.

“It leaves you feeling like you’re an extended member of both his family and his staff in a way to put your mark on something that special,” says Jaye, who owns Carly Jaye Art.

Jaye explains that John came to her with a vision, which started with a picture of his dad and uncles renovating the Ambassador Cafe and then erupted from there.

“What pivotal details we should include that tell the story itself, and design wise and colour there was a mural done in O’Hanlon’s in Regina that was kind of the design inspiration that he really liked and I worked from that.”

Her final reaction to the piece was how overwhelming it was to see how many people in Moose Jaw the Iatridis family has touched and to hear stories from residents within the community. She would rate the Iatridis mural near the top of her list of the most memorable creations she has done in her career.

John Iatridis' family originated in Greece. However, after the second world war, Iatridis’ father and many of his uncles all migrated to Canada within a few short years. Then his mother not long after. When they arrived, many of them settled in Moose Jaw.

Not long after they settled, Iatridis’ father and a few of his uncles decided to start a restaurant business which has lived on for decades.

His mural has taken people by storm and is blown away by the reaction of the community of Moose Jaw.

“I saw some people online saying to me and to Carly saying thanks for doing this for 'us'. Or stories of people remembering putting money in the jukebox at our restaurant.”

Iatridis says the best thing about the mural, besides the history behind it, is the fact that every day when he arrives at and leaves work, he gets to walk past it for many years to come and remember his family and the impact they have had on Moose Jaw.

“My parents, uncles, and aunts are proud Greek Canadians, but, if possible, I think they are even more proud to be Moose Javian's.”

Jaye started painting the mural on Monday, August 15th and completed it back in the middle of September. 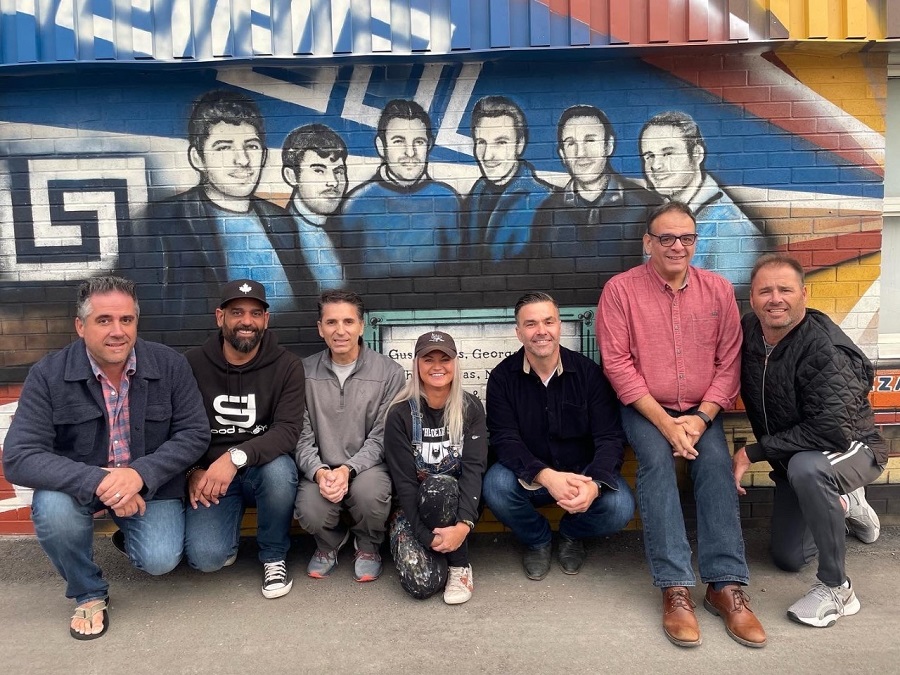 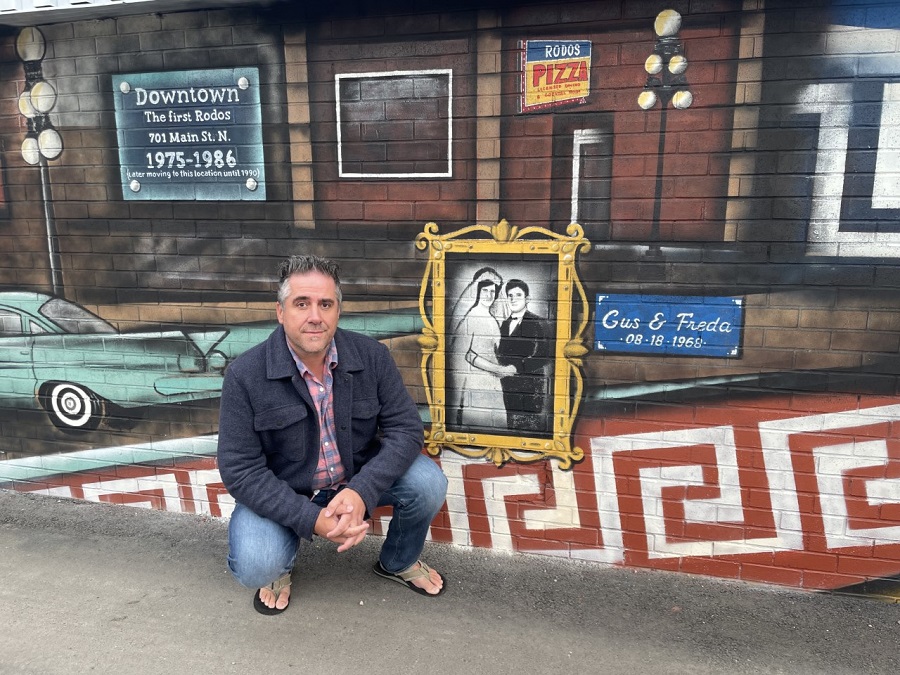