Have you ever heard of or seen snow rollers?

Well, those in Macrorie, SK, have, as hundreds of snow rollers covered Lake Diefenbaker near the community on Friday.

Snow rollers are a rare meteorological phenomenon in which snowballs are formed naturally by being blown down a hill or along the ground picking up snow along the way.

Environment and Climate Change Canada Meteorologist, Terri Lang says that it takes a perfect storm for snow rollers to appear such as wind, temperature, and moisture.

“Generally, what we need is fresh snow and has to be really sticky so that it all binds together really well and has to have a really high moisture content to make it sticky,” says Lang.

“The other thing is really strong winds. When the winds start blowing on this sticky snow and if it can catch the snow, it will allow it to start rolling. The winds have to be strong and sustained and once the rolling gets going it can push them fairly long distances,” adds Lang.

Once they are formed, Lang adds that they will look similar to cinnamon buns. In addition, if there is one there are probably several, as they are created in bunches.

To make this event even rarer, Lang looked back at the weather conditions for Jan. 6, and they weren’t favourable for creating snow rollers.

“Something must have happened down there. The winds probably were funnelled down the lake and they got a pocket of warm air, there hadn’t been any fresh snow but there was that rime-icing which could’ve made it sticky enough to get going.”

She hasn’t seen a snow roller since January 2021, which was only the fourth time she has seen one in her career.

“They happen every few years or so. We had a big storm through Saskatchewan and it was classic conditions that we got. It helps in an open field and you can really get the wind going. We saw the wind speeds get up to 60-70 km/h.”

Other names for snow rollers are snow bales, snow donuts, and wind snowballs. 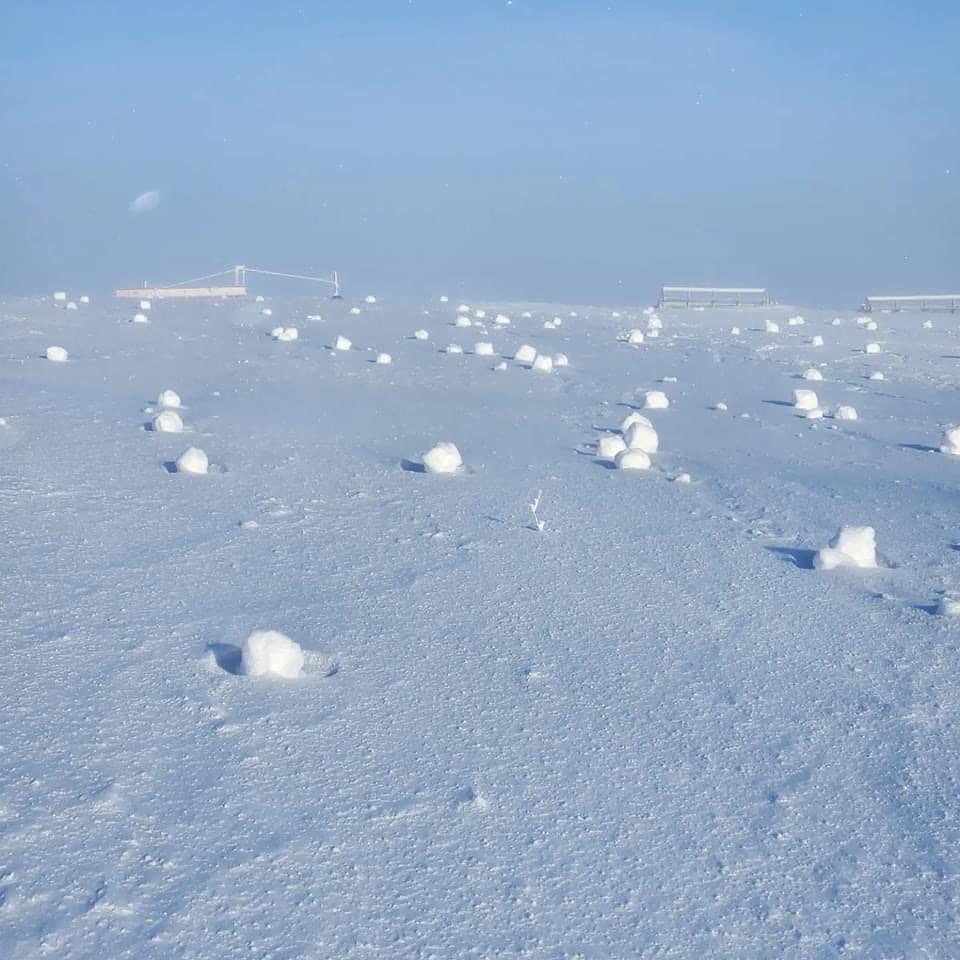 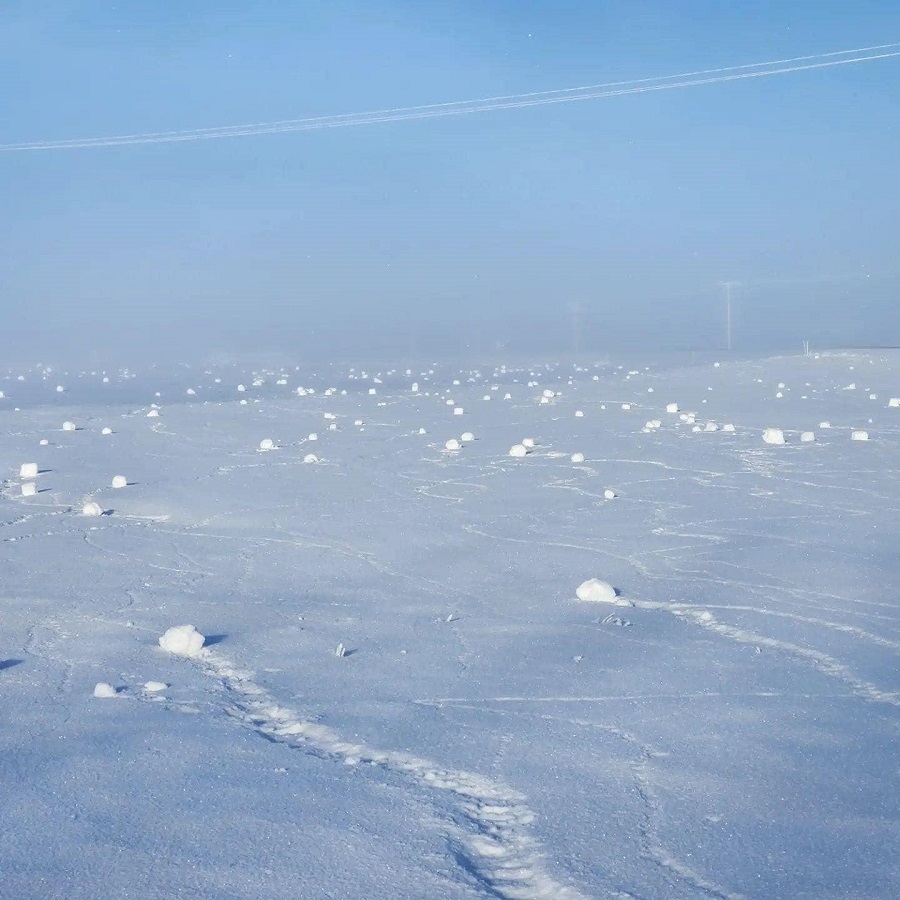 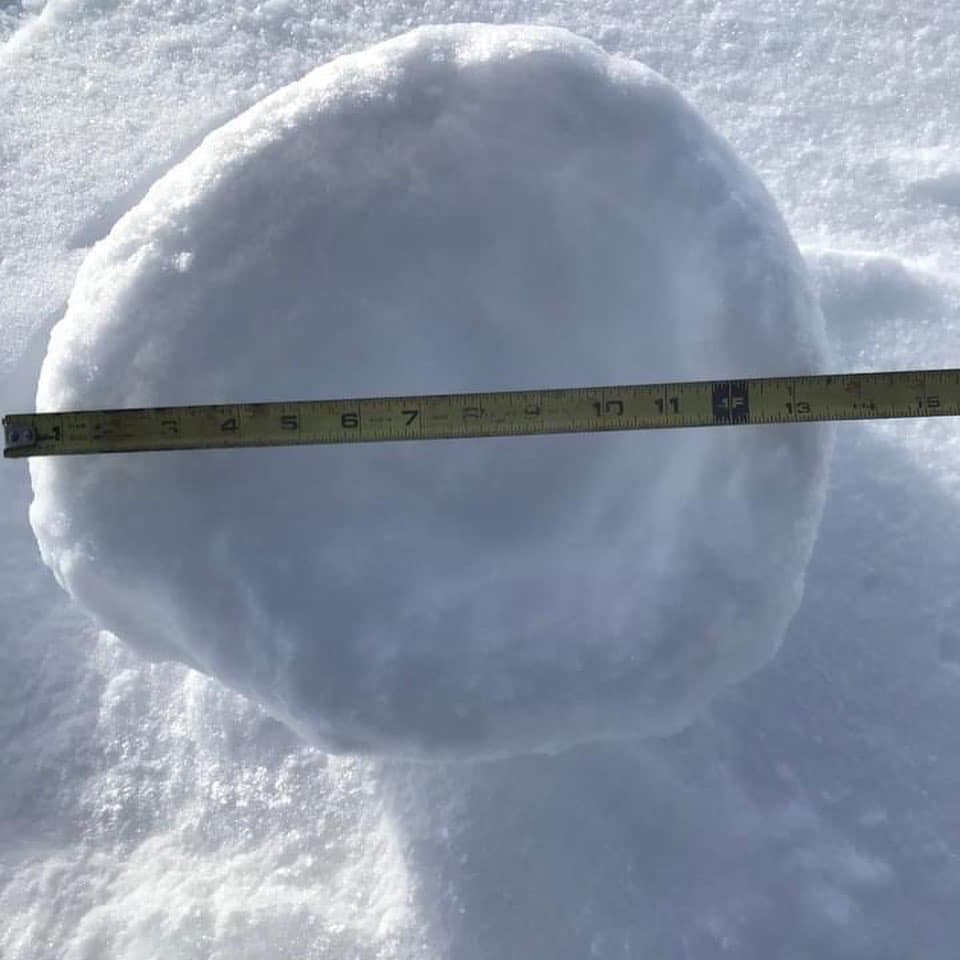